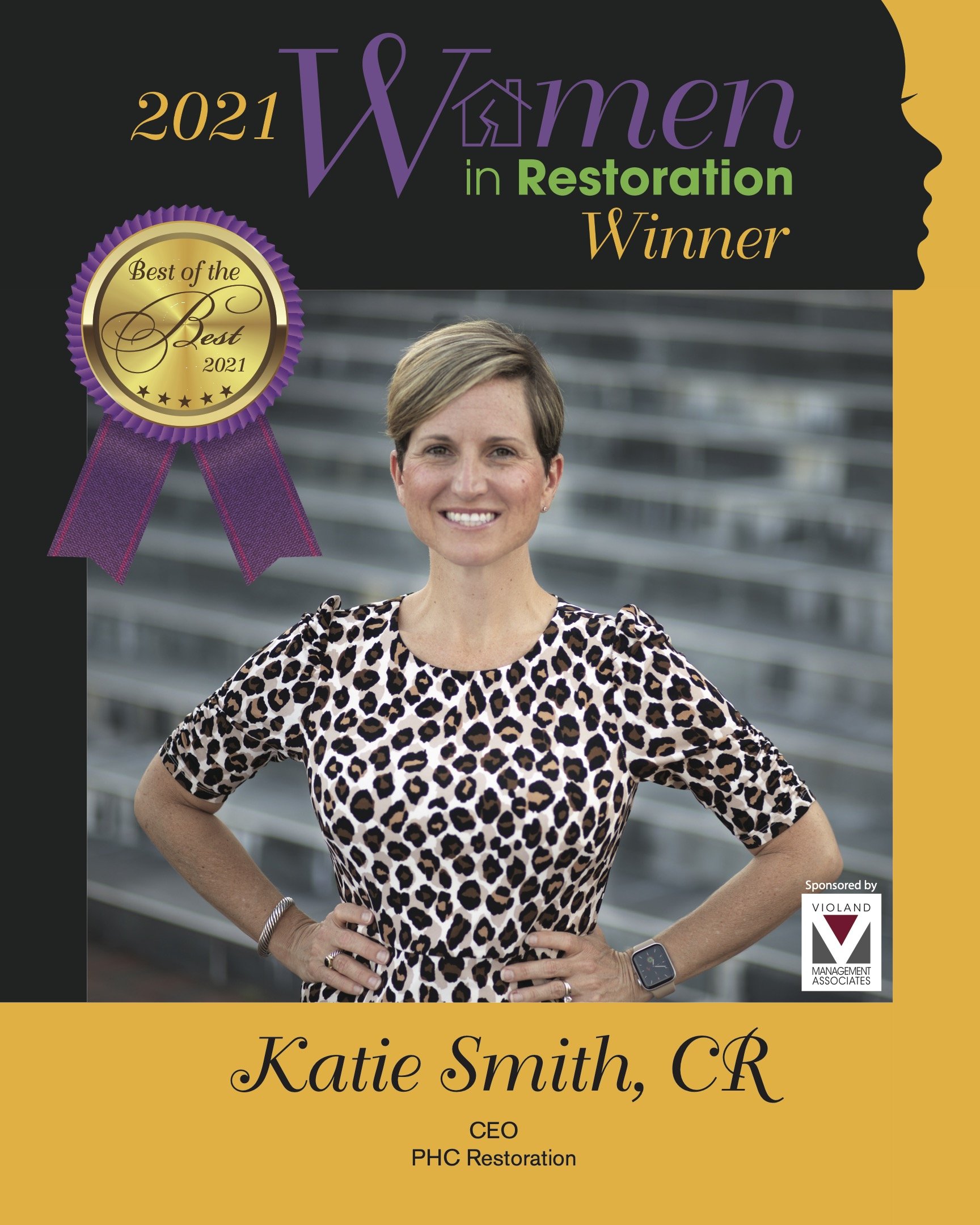 LILLINGTON, NC – PHC Restoration is excited to announce their own CEO, Katie Smith, has earned national recognition as the winner of the 2021 Women in Restoration Award, presented by R&R magazine. The award recognizes women in a predominantly male industry who are blazing trails and smashing glass ceilings in their business, community, and industry as a whole.

Smith was announced as the winner during an industry-wide celebration banquet and awards ceremony at the Restoration Industry Association’s annual convention on Tuesday, June 28, in Kissimmee, Fla.

More than 20 of Smith’s industry peers and colleagues nominated her for the accolade. Throughout the nominations, Smith was described as selfless, humble, passionate, and a servant leader.

RIA President Mark Springer wrote, “She will invest her time beyond what is expected. She will listen thoroughly and thoughtfully to the issues and weigh the various perspectives and implications to action carefully. She will calmly and deftly articulate her position in a manner that respects various interests. She will follow through on her commitments and promises. She will give away credit for any success.”

She was also nominated by a local competitor, who said Smith is “helpful without the interest of personal gain, but for the greater good to make improvements and contributions to the restoration industry.”

In addition to being the CEO and second-generation owner of PHC Restoration, Smith is the president-elect of the Restoration Industry Association, past president of the Mid-South Professional Cleaners Association, a member of the Campbell University Alumni Board of Directors, past president of the Lillington Area Chamber of Commerce, and a past member of the Harnett Health Foundation Board of Directors. More importantly, she is a wife, mom, colleague, and friend.

Smith was among more than 30 women nominated for this year’s award, which was initially created in 2016. She was presented with the award’s trademark amethyst necklace and a certificate of her achievement.