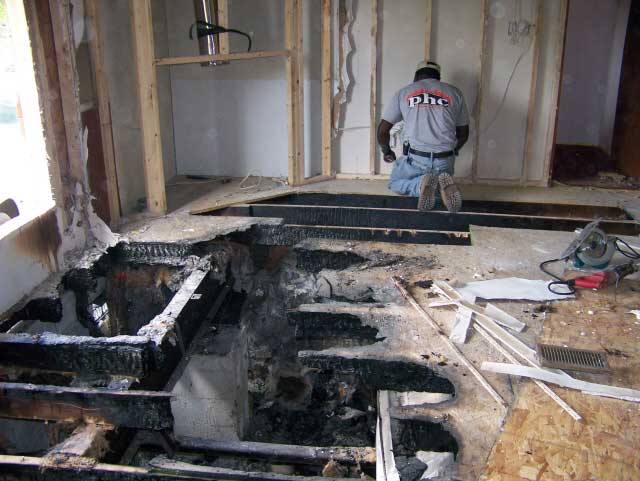 Almost everyone who lives in and around Raleigh heard about the massive 5-alarm fire that completely demolished a 6-story apartment complex under construction in downtown Raleigh last month.  It was reported that the fire spread so quickly because of the stage of construction the building was in.  It had passed numerous inspections but had not been outfitted with a sprinkler system which could have saved at least part of the structure.  Fire codes are in place to protect occupants in case a fire breaks out especially in apartment and commercial buildings, but how about your home?  Codes are in place there too, but have they helped reduce fire damage?

I recently read a couple of articles comparing fire damage in modern versus older homes.  Lauren Rohr in her article “Why today’s house fires burn faster, hotter in burbs” listed these reasons as to why house fires today spread faster:

She stated that the number of house fires nationally has been on a slow decline however the amount of time a person has to get out of a burning home has also declined.  In 1970, a person had on average 17 minutes to escape after a smoke alarm went off, now the number has dropped to three to four minutes.  Flashovers dropped from on average of 29 minutes to 5 minutes in modern homes.  NFPA reports that deaths resulting from house fires has drastically dropped which can be contributed to more smoke detectors and better wiring found in modern homes.

Carla Williams’ article “Smoked Out:  Are Firefighters in More Danger than Ever Before” echoed some of the information from Rohr’s article.  She also noted that while walls once were thicker and lined with heavy-duty construction or insulation material, today’s thinner wall linings are easier for fire to penetrate.  According to UL tests, windows in modern homes fail twice as quickly, while doors are failing after only 5 minutes of fire exposure.

This blog isn’t meant to scare anyone who has a newer home, it is meant to educate and remind everyone that newer doesn’t always mean better.  It is important to have an escape route planned in your home and make sure everyone knows what to do in case of a fire.  Most fires in the kitchen result from distractions, so let’s all be aware and prepared just in case a fire damages your home.  If you do find yourself with a home or business damaged by fire, give PHC Restoration a call.

You can find the full articles online at http://www.dailyherald.com/article/20151129/news/151128883/ and http://ehstoday.com/emergency-management/smoked-out-are-firefighters-more-danger-ever.